7 amazing hidden locations in London you don’t know about

London is a vibrant city full of quirky hidden gems and if you know where to go, you can even get away from the crowds of tourists for a while! So, are you looking for more than just an ordinary experience in London? Here’s our list of 7 secret must-see places for your next visit to London!

St Dunstan’s in the East

St Dunstan-in-the-East was built during the times of the Saxons in 1100. The church suffered from fire damage from the Great Fire of London in 1666 and was severely hit during the Blitz in 1941. The ruins were then turned into a secret public garden in 1971. Nowadays, it is a magical relaxing place for those who know where it is…

Whilst wandering around King’s Cross and St Pancras, take the time and visit a tomb designed by architect Sir John Soane which is just around the corner. It’s the final resting place for Sir John Soane’s wife in St Pancras Old Church which later inspired the design of the iconic red telephone box!

A French urban artist Space Invader has invaded London with his iconic mosaics composed of square ceramic tiles inspired by video game characters. Since his first ‘invasion’ in 1999, he has left 150 installations hidden all across London.

The 7 noses of Soho

Have you heard the legends of the 7 Noses of Soho? One of many myths says that if you find all seven, great wealth will come your way! The noses were created and installed by Rick Buckley back in 1997 as a snub against CCTV spying culture in London.

The hidden ears of Covent Garden 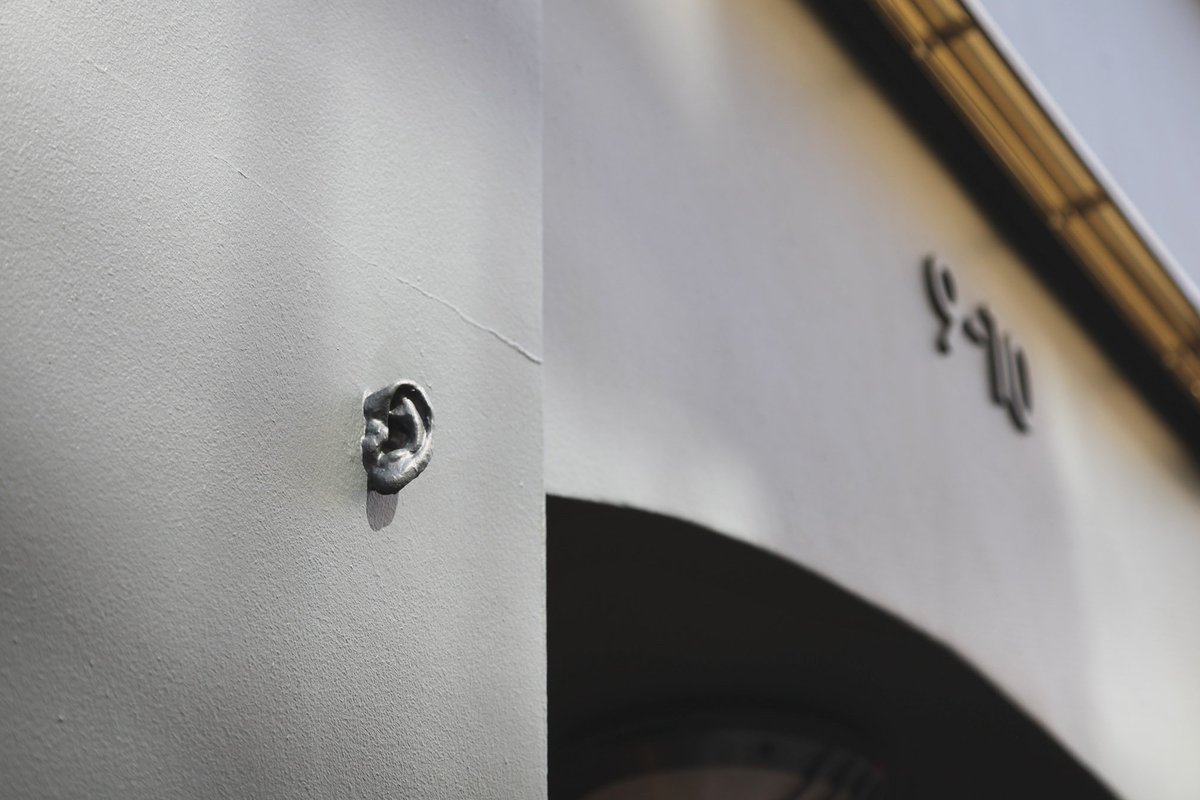 Watch out, walls have ears! Illustrator Tim Fishlock wasn’t content with having only secret noses in London so he came up with his own street art project. He cast his own ears and hid them around Covent Garden. We know there are definitely two to be found on Floral Street but Tim says there are far more ears across the city!

Lying in the shadows of the Sky Garden, Leadenhall Market is often missed by the tourists wandering around. But rest assured, this fabulous place is worth your attention! The Leadenhall Market is not only a beautiful covered market with an astonishing Victorian roof,  but some parts of the market were also used as Diagon Alley for the various Harry Potter films and as the location of the entrance to the Leaky Cauldron!

The pelicans at St. James’s Park

Come and visit the much-loved current residents Louis, Vaclav and Gargi being fed fresh fish between 2:30 pm and 3:00 pm every day. The pelicans are free to roam but rarely stray far from the lake. They will often sit on the park benches next to you so be careful when laying your snacks down… you may not see them again!

London is a beautiful city and it takes time to discover all its hidden gems. If you are interested in staying in the city, head to our website: you will surely find a beautiful home for your next adventure!