Thanks to its iconic streets, palaces, parks and amazing skyline, London has played a major role in the Harry Potter series. Besides the museum dedicated to the famous movies, here is the list of the locations that made it to the big screen and that you do not want to miss when visiting the beautiful city of London!

In Harry Potter and the Philosopher’s Stone, scenes of Gringotts Wizarding Bank were filmed in the wonderful interior of Australia House and has become a crucial point of many adventures in this famous wizarding world. Since Gringotts Wizarding Bank has been such an influential part of the Harry Potter series, Warner Bros has decided to add it as an additional part to their London tour. The gallery of goblins will be open to the public from Saturday 6 April and you can purchase tickets already. See the wonders of the Lestrange vault including one of the Horcruxes: Helga Hufflepuff’s Cup and more. 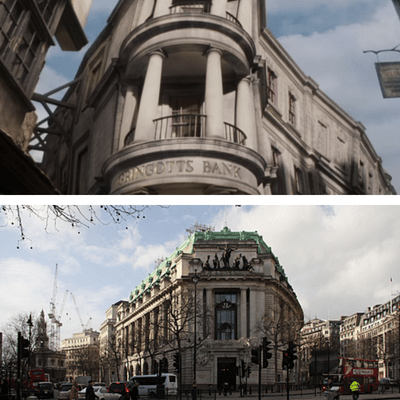 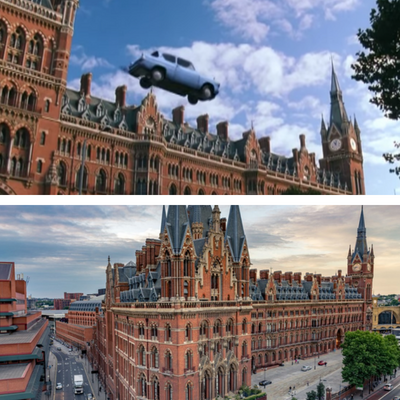 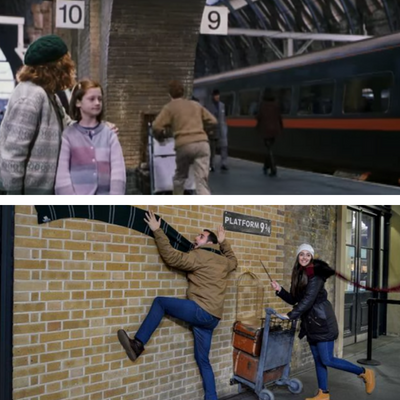 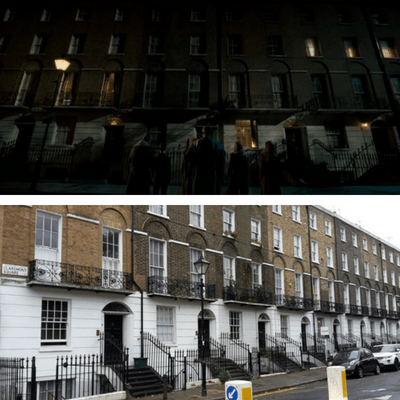 Piccadilly Circus is the location where Harry, Ron, and Hermione are almost hit by a bus in Harry Potter and the Deathly Hallows Part 1. Besides, Piccadilly Circus truly is a must-see when coming to London, as it gathers much energy between its numerous shops and China Town just steps away. 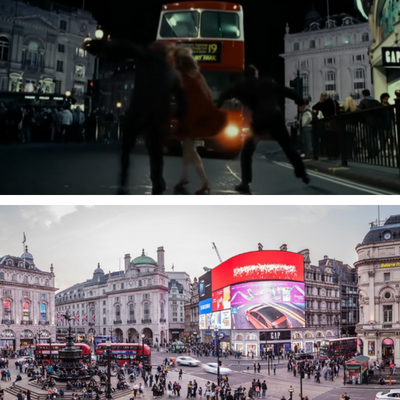 The world’s oldest scientific zoo in the heart of Regent’s Park is the place where Harry set a Burmese python free in Harry Potter and the Philosopher’s Stone. Do not hesitate to visit this amazing zoo where you will surely recognise some filming spots. This will also be the opportunity for you to take a stroll in the beautiful Regent’s Park which does not lie far away from Camden Town, another amazing place to visit and which you can easily reach by following Regent’s Canal. This would make for a memorable afternoon in the City. 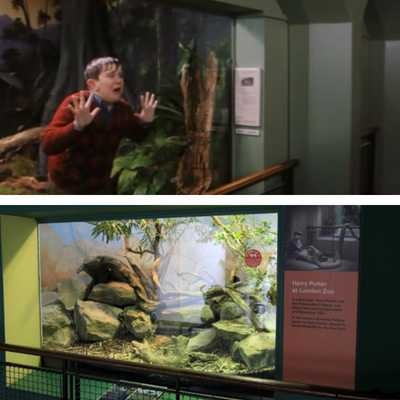 This is the location where the Death Eaters caused the collapse of the bridge crossing the Thames in Harry Potter and the Half-Blood Prince‘s opening scene. It is just next to the Tate Modern Museum and offers a nice view of the river Thames. 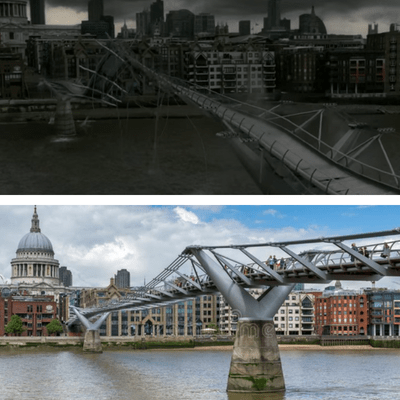 Here are two real-life filming locations of the Diagon Alley. In Harry Potter and the Philosopher’s Stone, you can see the door to the optician’s office in Leadenhall Market which was used as the entrance to the Leaky Cauldron. The Market in itself is truly beautiful: do not forget to look to the jaw-dropping glass ceilings! Once again, this Harry Potter location does not lie far from another great landmark that is Sky Garden which offers one of the most breathtaking views of the city. 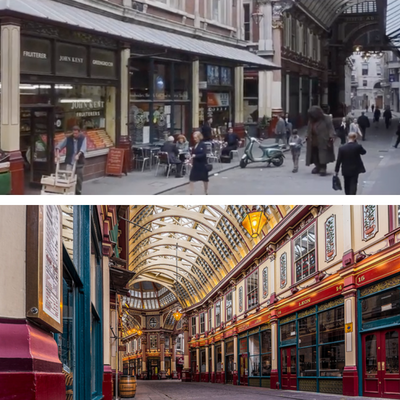 A red phone box which served as the entrance to the Ministry of Magic was placed in Scotland Place opposite to Great Scotland Yard. Sadly, the phone box was brought in only for the shooting and thus no more journeys to the ministry can be made. Nonetheless, it is to note that  Scotland Place is only located minutes away from Trafalgar Square, another must-see of London which gathers a lot of music, great restaurants, and street artists. 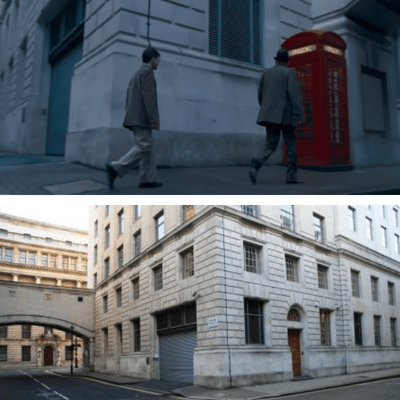 The tube station next to the iconic Big Ben was used in Harry Potter and the Order of the Phoenix when Harry traveled to the Ministry of Magic with Mr. Weasley. Furthermore, the Westminster Tube Station is a great access point to Westminster Abbey, another location praised by filmmakers. 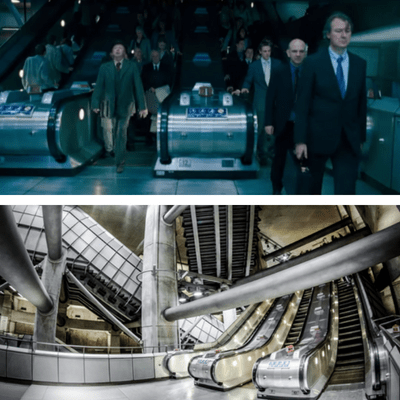 It was on this bridge that the Knight Bus had to squeeze between two approaching double-decker buses in Harry Potter and the Prisoner of Azkaban. With a 15 walk along river Thames on the Queen’s Walk you will reach the Coca-Cola London Eye and catch an amazing view of London. 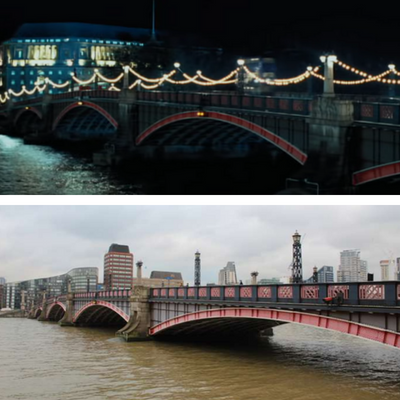 Discovering filmmaking magic is the perfect ending for your Harry Potter tour around London. Located near Watford Junction, a little outside the city, the Warner Bros. Studio Tour is the ideal location for fans to immerse themselves in Harry Potter’s wizarding world and get some goodies and souvenirs. 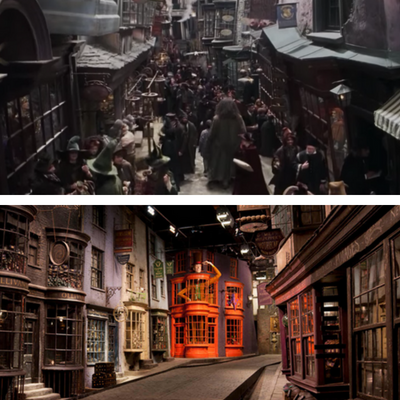 If you are planning your trip and are looking for a place to stay, we’ve got you covered! Indeed, we at City Relay manage over 400 amazing properties across London. Have a look here, you will surely find a real gem for your next adventure in the city.